Plant a tree in memory of Dennis
An environmentally-friendly option 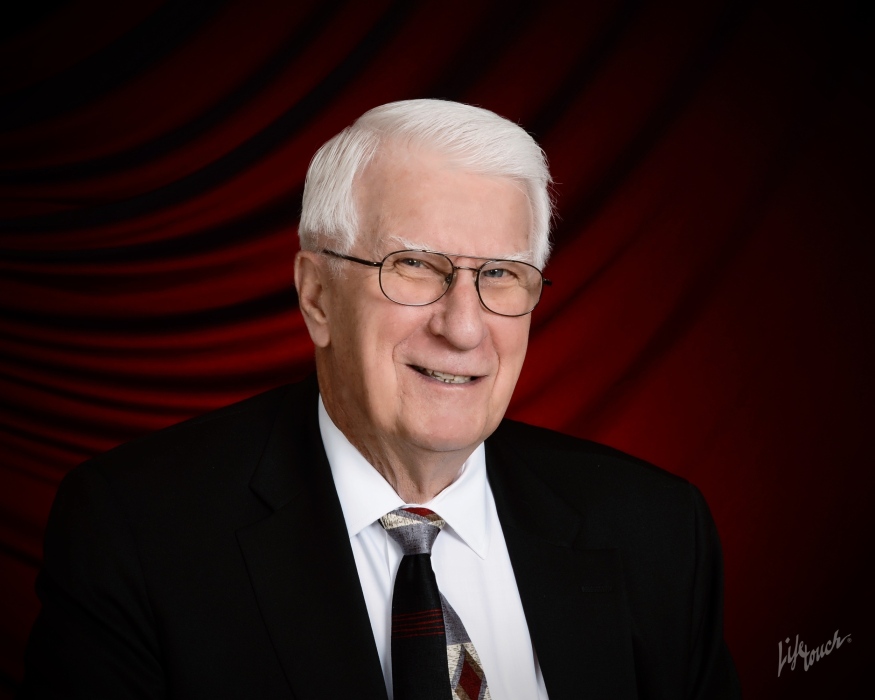 Dennis graduated from New Glarus High School in 1954 and enlisted in the US Navy and was stationed in the Philippines.  After his return home from active duty, he enrolled in Wisconsin State College and Institute of Technology at Platteville where he later earned his degree in Civil Engineering.

On June 09, 1962, he married Judith M. Scott in New Glarus, WI.  Dennis then started his professional career with the Department of Transportation in Seattle Washington.  After spending 2 years in Seattle, they returned to Wisconsin and he began his career with the Wisconsin Department of Transportation. He worked for the D.O.T. for 32 years and retired in 1995.  He held many roles while working with the DOT throughout his career and was extremely proud to be the lead engineer on the Tower Drive Bridge (Leo Frigo Memorial Bridge) project in Green Bay, which was completed in 1981.

After retirement, Dennis and Judith found much enjoyment in traveling to many places around the world. During the winter months, they would reside in Las Cruces, NM where they loved the weather, hospitality, local cuisine, and their many friends in the area.

Dennis was a proud member of numerous Masonic organizations and lived by those principals in his daily life.  He was a member of Washington Lodge #21, Scottish Rite Valley of Green Bay, York Rite of Freemasonry, and Shriners.  He received numerous awards and recognitions for his service with the organizations.  One of the awards he was most proud of was to be named a Board Member Emeritus for the Shrine Hospital for Children – Chicago Board of Governors, where he actively served for 13 years.  He also proudly served as the Beja Shrine Circus Chairman for many years and was named Beja Circus Chairman Emeritus.

Dennis and Judith were members of St. Paul’s United Methodist Church.  God was very important to Dennis and each day he spent quiet time reading the Bible and reflecting on His lessons.

Papa will be deeply missed by his grandchildren, Austin and Noelle, who enjoyed spending time, talking, playing games and hunting with him.

The family will greet relatives and friends from 1:00 PM until 3:00 PM on Saturday, June 12, 2021 at Lyndahl Funeral Home 1350 Lombardi Ave. Green Bay. A masonic service, military honors, and a celebration of life will be held at 3:00 PM. Officiating at the service will be the Rev. Diane Rew.

Expressions of sympathy, memories and photos may be shared with his family on his tribute page at www.lyndahl.com

Plant a tree in memory of Dennis by clicking here.
To send flowers to Dennis' family, please visit our floral store.

A service summary is not available

Plant a tree in memory of Dennis
An environmentally-friendly option

Plant a tree in memory of Dennis

To Kent, Family and Friends of Mr. Dennis Pauli,
Most Sincere Regrets are extended to you all on the loss of Mr. Pauli. Please know that all of his Finest Qualities will Live-On with all who knew and loved him.
Mr. "I".

Plant a tree in memory of Dennis