Share a memory
Obituary & Services
Tribute Wall
Read more about the life story of George and share your memory.

George French Jr was a visionary. His entrepreneurial skills allowed him to help push civilization and technology forward and create 100s of jobs for his employees across the USA. He had a passion for culture and travel, having traveled to over 35 countries… but without a doubt for him Space was the final frontier.

Born December 21, 1944, he grew up in Barrington IL, son of George and Anne, brother to John (wife Janet), sons Yates and John Jr, Nancy, and Stephen. Julia Hultgren and her children Nathanial, Sara, Carolinn, and Avery remained the closest of his immediate family. Home, however, would always be considered Green Bay, WI. George was a creator at his core, he bought Orde Advertising and grew it to be the largest outdoor advertising company in the area over the course of 30+ years. He also started Space Explorers, Rockets for Schools, Rocketplane Global, and Rocketplane Kistler. In addition, he helped develop two Spaceports, one in Wisconsin and another in Oklahoma.

He was a family man. He often boasted of being Mr. Mrs Beverly French. He had two sons and two daughters, Craig, whose wife is Margo, and their two sons Michael and Henry; George III whose wife is Ashley with daughter Gianna. Daughters are Jessica and Erika, whose husband is Shane and their son Rand. George spread his passions by teaching his family to ski, scuba dive, and fly planes. He showed them how to experience another county through travel in such a way that they could assimilate what they found best in other cultures into their daily lives.

He believed in people, he always said, “surround yourself with people who are smarter than you and you will never fail.” He could see the good in people and did everything he could to make sure they were successful in accomplishing their dreams. He believed in people; George saw the ability in people, even before they did.

George’s success in the Space industry helped move technology and tourism forward. In business he liked swimming with big fish. His competitors in Space Tourism were Richard Branson, and Jeff Bezos. In orbital resupply it was Elon Musk. His greatest achievement came in 2006 when NASA awarded Rocketplane Kister (George’s company) and SpaceX (Elon Musk’s company) with the Commercial Orbital Transportation Services (COTS) contract. A contract dozens of other large established companies failed to win. George was truly the small town “Rocket man”.

His legacy lives on the in the successes of the competitors he pushed and the compassionate, social, loving, and cultured family he left behind. Space was his passion, but family was his legacy. He was a devoted father, the lessons and hobbies he left in the memories of his children will continue on for generations. His ability to see the good and potential in others’ lives on in his children and grandchildren.

George traveled boldly into the unknown on Saturday November 19th, 2022. He was surrounded by his friends and family, who will remember him as the successful and loving man that he was. He is dearly missed.

A celebration of George’s life will be held Saturday November 26, 2022, at The Terrace at Marina Circle, 2465 Marina Circle, Green Bay. The family will greet friends and relatives beginning at 1:00pm, with a service to start at 3pm.

In lieu of flowers please consider donating to the 4th HOOAH, Boys and girls club, White Paws, Golden House or Gift of Adoption.

The Lyndahl Funeral Home and Cremation Services is assisting the family, condolences may be left for the family by visiting www.lyndahl.com

To send flowers to the family or plant a tree in memory of George D. French Jr., please visit our floral store. 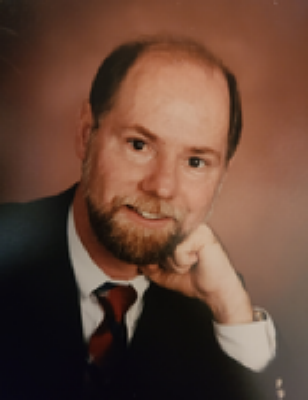