Share a memory
Obituary & Services
Tribute Wall
Read more about the life story of Kenneth "Shermie" and share your memory.

Kenneth J. Schermitzler Jr. (Shermie), age 74 of Ashwaubenon passed away on January 14th at his home comforted by his family.

Ken was born on June 12, 1948 in Appleton, WI to the late Kenneth Sr. and Lola Faye (Hughes) Schermitzler. He was a graduate of Xavier High School in Appleton. On January 4, 1969 he married Judy Schroeder. Ken served in the United States Marine Corp in California. Ken worked at A.C. Nielson for over 20 years and then opened up several restaurants in the Green Bay area. Most notably in 1995 Charlie’s Grilled Subs in Bay Park Square Mall. Over the years, he also co-owned local A&W restaurants and El Toro Southwestern Restuarante.

Ken readily served on the Ashwaubenon Businessmen’s Association. He enjoyed traveling, golfing, bowling, and fishing. Ken was immensely fond of his several Thunderbirds (1957, 1959, 2004) and took advantage of going to an abundance of car shows to show off the TBirds he cherished so much. He was the President of the Fox Valley Early Birds Club for almost a decade. Ken was a longtime member of the Green Bay Moose Lodge #801 and very much enjoyed Friday night fish fries with family and friends. The highlight of many of his days was watching the Brewers and Packers win, not so much when they lost.

The family would like to give a special thanks to the caring and compassionate staff at Davita and Unity Hospice who made Ken’s journey so much easier.

Per Ken’s wishes, the family will be having a private funeral service.  Burial will take place at Appleton Highland Memorial Cemetery at a later date.  A Celebration of Life event has been planned at one of his favorite Friday night hangouts, Stadiumview on Feb 11th from 2pm to 4pm.

Expressions of sympathy may be sent to the family by visiting www.lyndahl.com

In Lieu of flower, donations in Ken’s name may be sent to Calvary Lutheran Church for their food pantry.

The Lyndahl funeral Home and Cremation Services is assisting the family with arrangements. 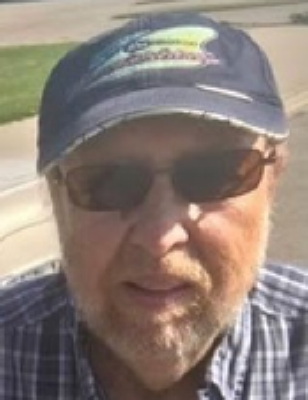